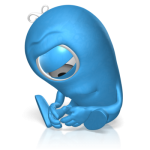 When Duncan approached me for help with his exam resits, he was feeling demotivated, demoralised, and overwhelmed:

“…with a young family, other commitments, as well as my full-time job, I’m finding it difficult to carve out any more study time”.

He’d never failed an exam before. His resits were in four weeks.

“What about your moments of downtime?” I asked him.

​“Like when you’re: waiting before a sales call; walking the dog; in the car, or anywhere else you could reasonably be listening to the equivalent of crib notes?”

“Yeah. I’ve done all that. I recorded my specialist topics word for word from the learning manuals. But, nothing’s going in. I can’t seem to absorb any of it.”

“Ah. I see.”
​
Clearly, Duncan was feeling time pressured. Like other candidates before him, he didn’t lack commitment, but I suspected he perhaps wasn’t making the best use of his time.

Recording chapters from his manual would have taken time and effort, especially doing it word-for-word.

This meant he hadn’t processed the topics in those chapters, because he hadn’t made the concepts his own. Putting them into his own words – and summarising – would’ve been a good start. But, because he felt time pressured, he decided to skip doing this.

So, before doing anything else, we needed to…  END_OF_DOCUMENT_TOKEN_TO_BE_REPLACED

Have you asked yourself this question?

I was a little stumped the first time I was asked it, since it’s a personal decision on what, where and when to start revising. How can someone else answer that for you?

But then I realised that it’s a fair question, especially when you’re trying to work out where best to spend your time revising. Nevertheless, my answer then, as now, was “…it depends”.

When you’re building your study plan, the time you set aside to revise or learn different topics all depends on how much time you have in total to study.

How much time do YOU have to study?

END_OF_DOCUMENT_TOKEN_TO_BE_REPLACED 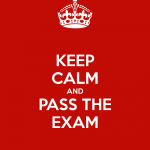 Chances are, when it comes to preparing for your ABPI exam, you’ve been left to get on with it by your company. Perhaps you’ve been told (mistakenly):

So, of course, you registered for the exam, bought the manuals, then realised you need more time to prepare. Lots more time. And maybe some help. But, you’re on your own. Remember?

Because you’ve no choice, you’ve gone for it. Frustratingly, you keep missing a pass, by just a few marks.

You know what? You’re not alone.

Yours is an increasingly common experience.

More and more exam candidates are being hired for their sales skills, often with a proven track record in another industry. Coupled to this, you’re told that the exam is easy…that “…there’s nothing to it…just some MCQs.”

Or, perhaps you’re a marketeer taking the exam for professional development. Maybe you have a science degree.

Either way, you’re struggling. On top of the day to day challenges of the job itself, finding time to study can be overwhelming, especially if you’ve no background in science.

This leads me to those 9 things your boss needs to know.

END_OF_DOCUMENT_TOKEN_TO_BE_REPLACED

Over past few months, I’ve been asked about whetherABPI Exam Toolkit™ resources are suitable for those who’ve bought the version 8 ABPI learning materials.

Although I’m still working from vs 7, I recently confirmed with Amira Burshan, Education Officer at the ABPI that the main differences between vs 7 and vs 8 are: –

In essence, other than making things clearer, what’s being tested in the ABPI exam isn’t changing, at least not until next year when vs 8 will be fully adopted.

Even then, if you’ve read the independent report on the Exam published in February[1], you’ll appreciate that rather than changing content drastically, the ABPI are focussed on changing how content in their learning materials is tested:

END_OF_DOCUMENT_TOKEN_TO_BE_REPLACED 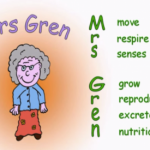 Mnemonics (the ‘m’ is silent) are useful rhymes or memorable phrases, or even just a series of letters, ideas, or associations that assist in remembering something. The trick is for the mnemonic itself to be something memorable that helps you with recall.
​
For example, the ABPI learning materials provide you with MRS GREN (2.1.1 Life processes) as a way to remember the 7 functions performed by all living things, and demonstrated by all living cells:- END_OF_DOCUMENT_TOKEN_TO_BE_REPLACED

You’d have to be hiding under a rock to have missed the headlines about the 70th birthday celebrations for the NHS.

Whatever you think of this British institution, it’s 70 today. No surprise that’s it’s a bit creaky then, is it?

What does this big birthday mean for you, as an ABPI exam candidate?

I’m not going to go into the politics of how it’s organised or managed. Let’s just say that aside from the challenges the NHS faces, you’re challenged to keep up with its constant changes. For both the NHS and you, it’s a work in progress.

But, you must keep up, so you’re able to tackle the MCQs about the NHS in your exam. Hopefully, if you’re taking it later this month, you’ve also been sent the most recent version of the ABPI’s handout of NHS Structure & Function.

Since the ABPI stopped updating their site for trainers, I’ve had to rely on Toolkit users to let me know when a new version appears. So, thank you to those who gave me the heads up, alerting me to the need for an  update of my MCQs.

I’m glad to say that after a flurry of emails back and forth, the ABPI sent me their most recent version of the handout yesterday. Fingers crossed that they’ll get back on track in the near future with keeping trainers in the loop.

While the NHS birthday celebrations are in full swing – here’s my announcement:-

Happily, just in time for the NHS’ 70th birthday, I’ve updated the MCQs in my Unit 1 to 4 MCQ Workbook.

(What a happy coincidence, huh? Couldn’t have planned it, if I’d tried.)

If you’re taking the exam later this month, don’t despair if you recently received your updated pdf from the ABPI. I know some of you are panicking because you’re tired, overworked and feeling like you may as well throw out your notes because there isn’t enough time to learn anything new.

First, take a deep breath. Think about what you’ve done so far. Take a step back. Then, throw that overwhelm monster off the cliff.

So what’s changed in the NHS since the last bunch of notes from the ABPI?